Our Team at Oak Flats Chiropractic 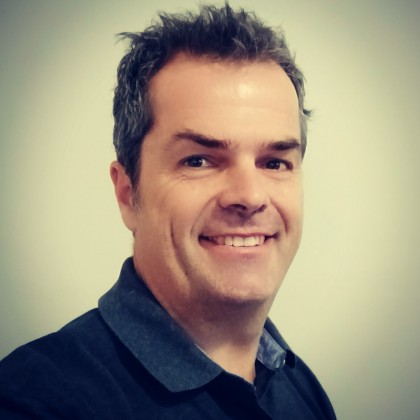 After graduating from the 5 year chiropractic degree at Phillip Institute (now RMIT University) in Melbourne 1992, Cameron moved to Wangaratta in North-Eastern Victoria to work with chiropractic icon, Dr Leo Maguire. After two years in Wangaratta he and his wife Sally moved to London.

Working at first as a locum chiropractor, and then taking over the busy Putney Chiropractic Centre helped Cameron further develop his broad range of skills. In Putney, Sally and Cameron grew a busy practice and started their own family. After 9 years in the UK it was time to return to Australia, finally settling in Kiama.

Cameron's time out of the practice is mainly devoted to his family. However, he has been known to enjoy snow skiing, surfing, mountain biking, his guitar and a glass of red wine.

After graduating in 2008 Mark spent time working in the Sutherland Shire before relocating to experience a rural lifestyle on the South West Slopes of NSW. Living on a large sheep and cattle property near Young, Mark was immersed in the country environment and this experience proved to be valuable both personally and professionally. Here he spent 7 years in busy clinical practice with offices in Cowra, Cootamundra and Young, servicing a diverse population – from horse breakers, farmers and shearers to accountants and hairdressers.

After 7 years the coast started to call again, and with a young child Mark and his family felt it was time to move closer to family in Sydney and Kiama.

A Healthy Back for Life